After wrapping with shrink film, the packs are transported using an outfeed conveyor to the separate downstream under-air shrink tunnel, optimized in terms of air technology, and are shrunk by an electronically controlled hot air circulation system. The laterally protruding film material is shrunk on, but can also be rolled on with pressure rollers if required. 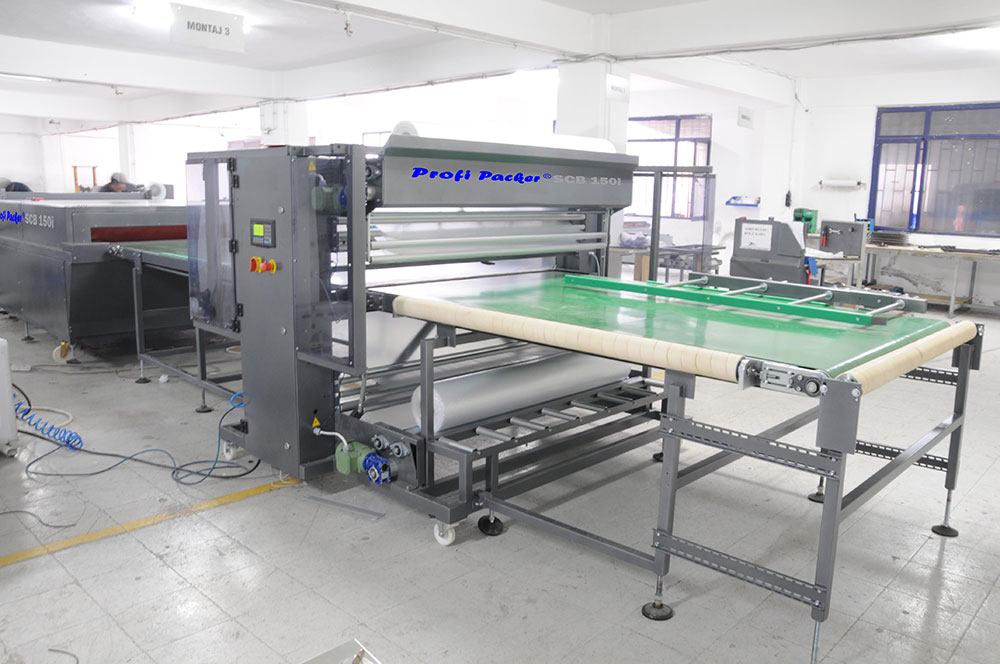 The product is fed directly into the film curtain of the machine via an infeed belt, with the product length controlled by a photocell. 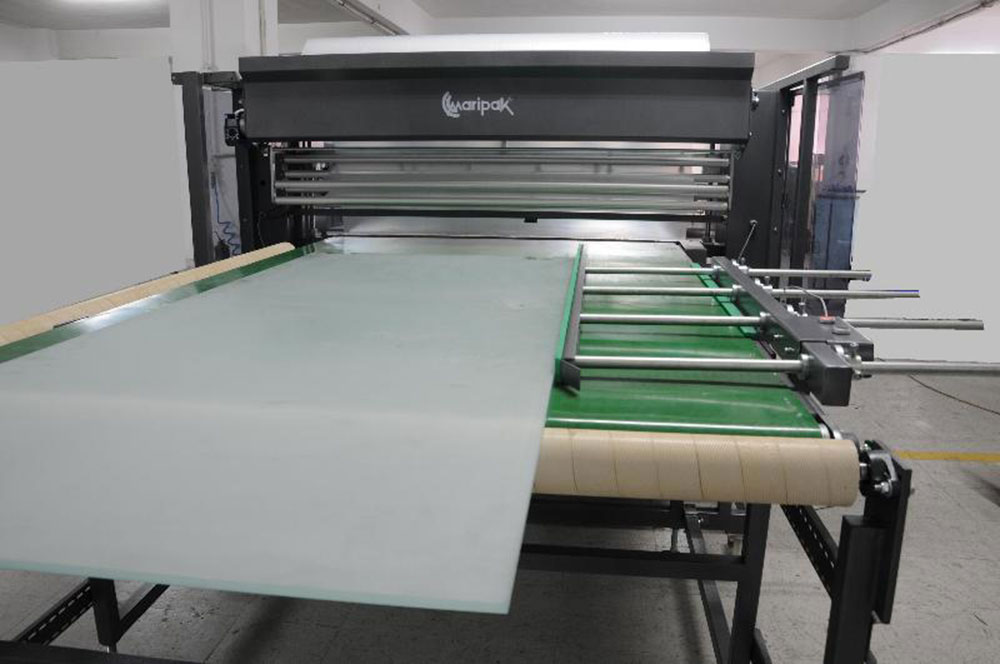 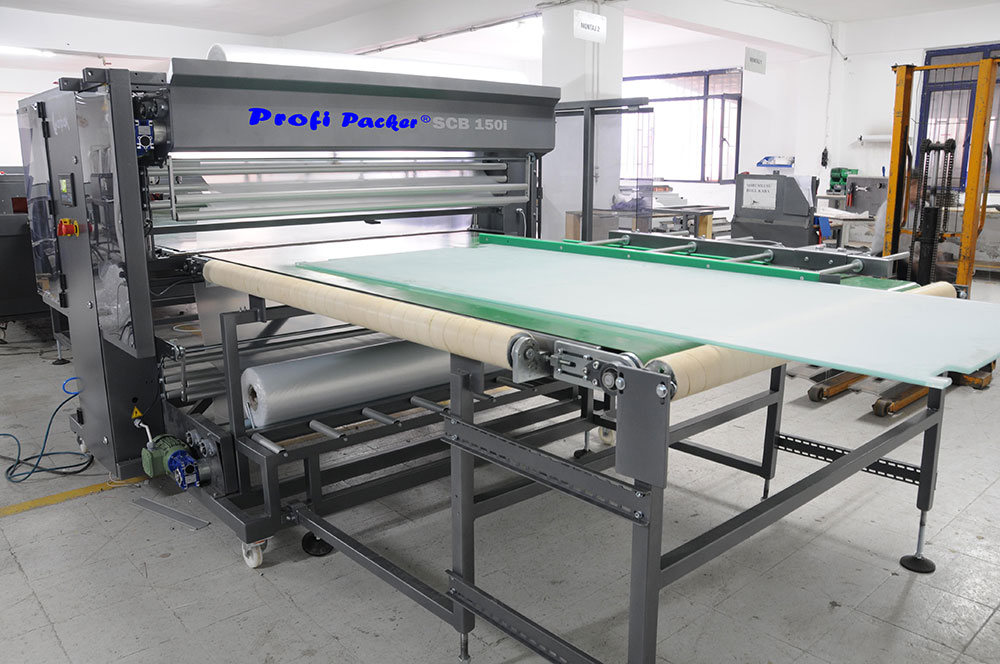 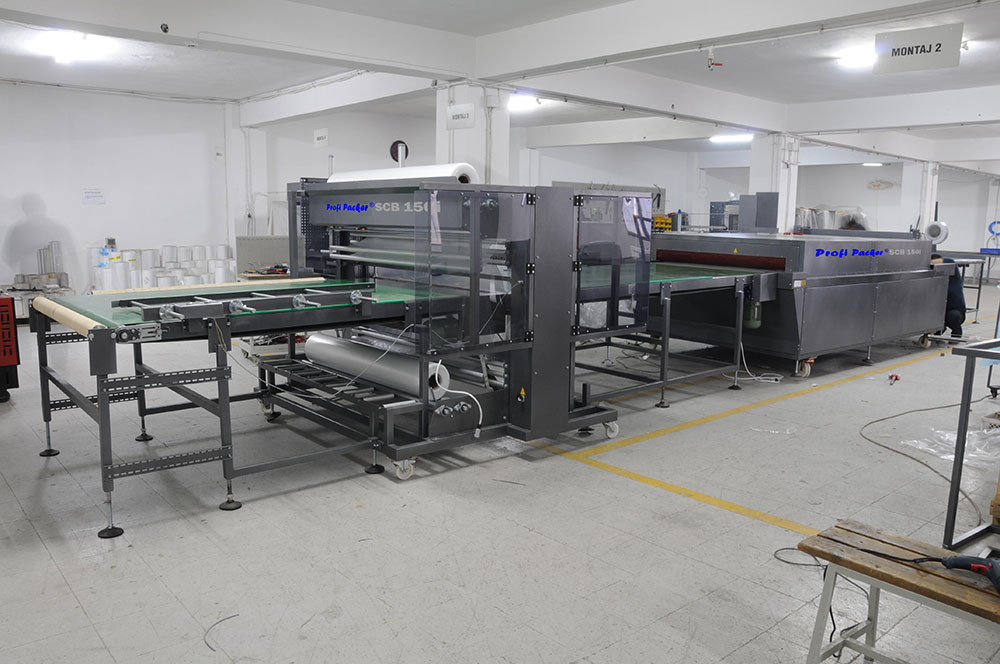